One of my favourite things about Lundy Island is the adventure you have getting there. Getting to an island 12 miles out to sea on the choppy Bristol Channel when you’re a Londoner is quite a distance, we drove to North Devon and stayed over night in a B’n’B then caught a boat from Bideford. 2 hours sailing across the Atlantic brought us to Lundy, where we then had a full view of the boat crew anchoring in on arrival, then a steep uphill climb to get to the visitors centre! (note to self- dont bring a wheely suitcase next time!) 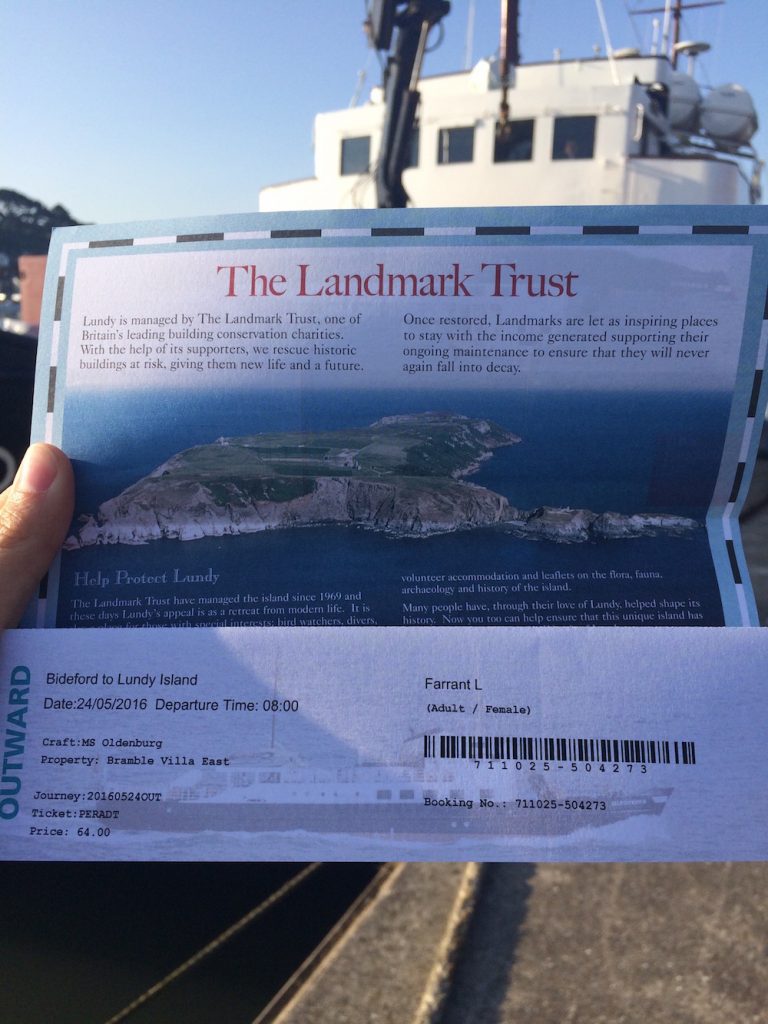 We went in May so were lucky enough to have 3 days of sun which made the island easy to be on. The Island population is 28 and thats mostly made up of people who work on Lundy. It has a Marine Conservation Zone and is home to seabird colonies including Puffins and Manx Shearwaters (the latter species I had no idea of before this trip, but now know them as the birds that look like puffins, but arn’t). We struggled to find puffins, despite the Island being named ‘Puffin Island’. We sat in one particular spot on a cliff edge waiting for a sighting of the darn things for many an hour, but they were having none of it. On the upside, this lead me to spending a lot of time in an incredibly beautiful spot, Jenny’s Cove. 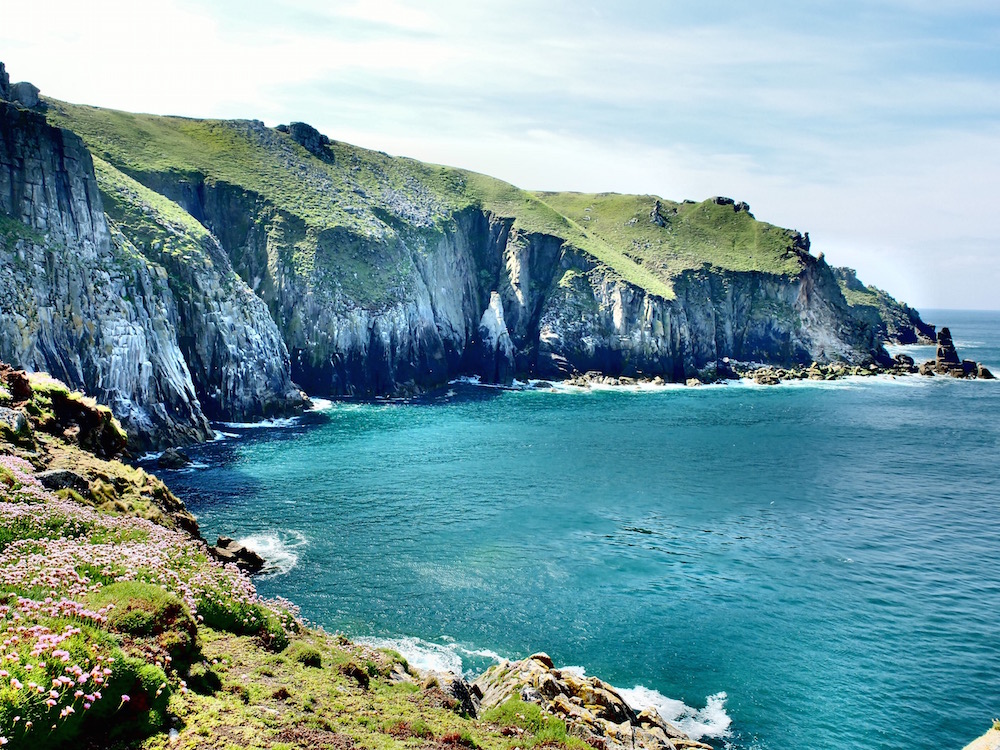 The history of the Cove is one involving pirate ships, hiding places and gold at the bottom of the ocean. I know, brilliant! 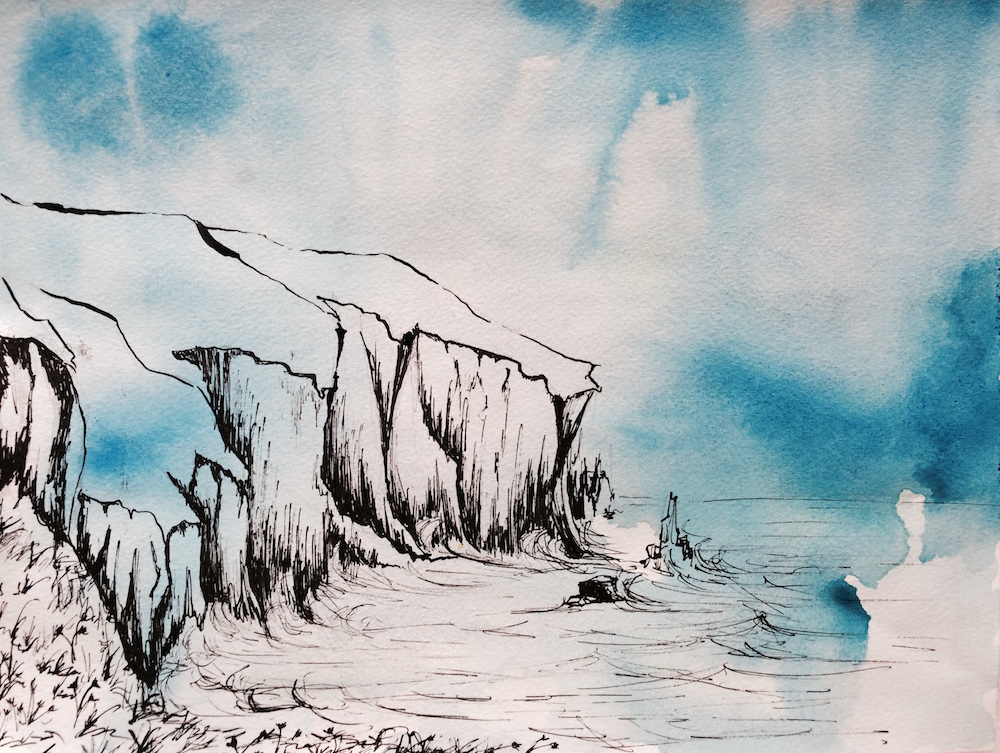 I am still working on this oil painting, every time I think I have finished I realise theres more to do! But here it is as it stands… 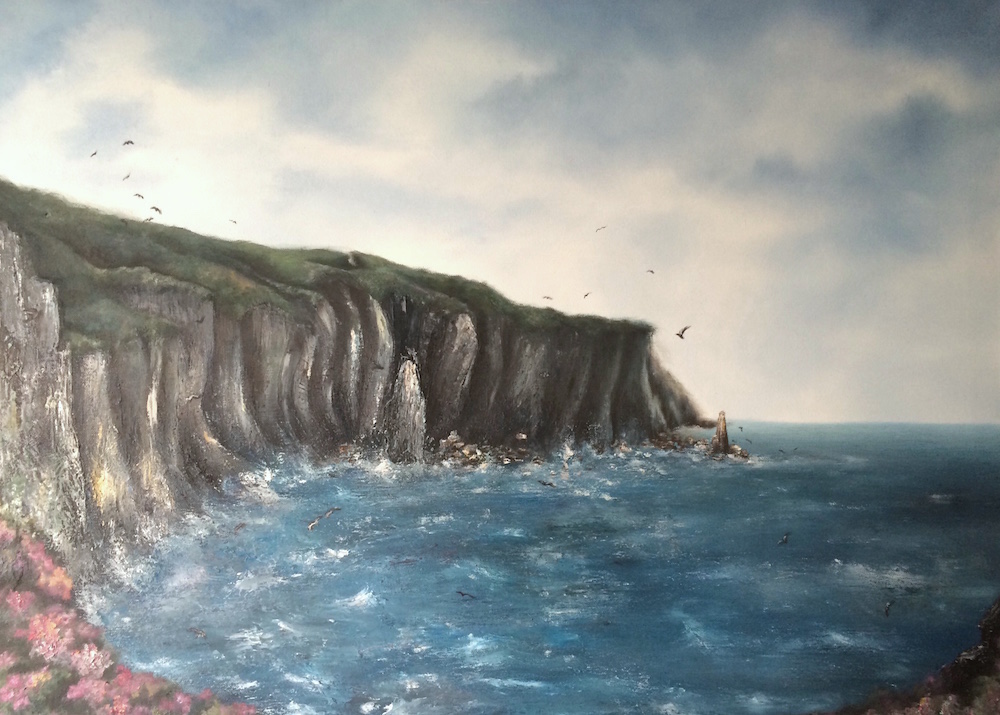 Sunsets on Lundy in May are incredible to watch, we had three perfect ones! They were explosions in the sky that suddenly left us in total darkness to find our way back to our house. The colours in Paintbox Sunset On Lundy (below) arn’t embellished, it really looked like that! Lundy Lighthouse is painted from the same side of the island, half an hour later moments before the sun is about to sink.

Leaving the Island was another adventure on the boat! In almost Cast Away style, we watched the island get smaller in the distance as the sun broke through the clouds and shone over it. And then, we got completely soaked in rain. Ah Britain, you get the good with the bad 🙂